Japan seems to be in the throes of a cold wave and the last few days feel like chilling me to the bones. You know it’s definitely winter when just being outside might kill you.

Which makes me long for warmer weather, like this one summer when we went to Ōarai in northern Ibaraki to see the beach. There was mist in the sea, which made the beach look colder than it really was.

Which is not to say that the sea in Japan during summer is as warm as those we have grown accustomed to in the Philippines, even during the coldest months of December and January. Not even close.

Ōarai (大洗), by the way, is a small seaside town in Ibaraki Prefecture which in recent times has become a mecca for fans of the highly popular Girls und Panzer anime franchise, whose female characters study tankery, or the art of fighting with tanks, in Ōarai Girls Academy. 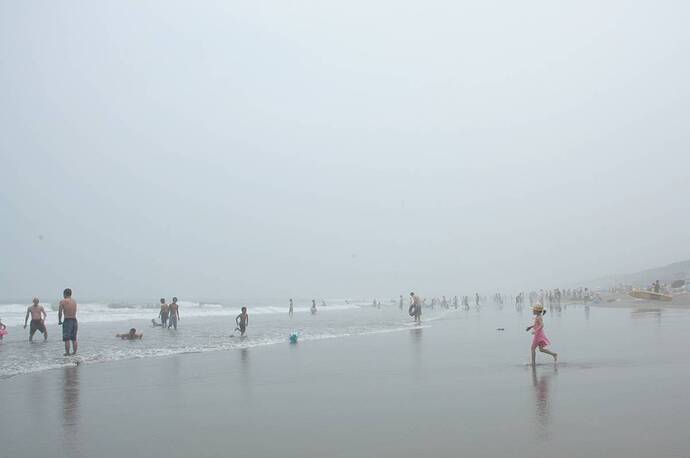