The main reason I read British news sites is because I follow the latest news on the Premiership League. The big four English clubs are of course Liverpool, Arsenal, Manchester United and Chelsea. But I’m an Arsenal fan and it’s always a special occasion when Arsenal and Manchester United clash. Yesterday Manchester United got unlucky and was sunk was a great header by the Arsenal striker Henry. Video below, (watch out for the sound!). 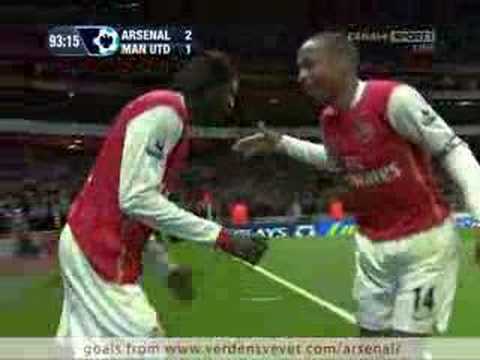