One of the reasons I went to CEATEC was to see Seikochan, a cute little robot that can ride a unicycle, bettering her cousin Seisakukun (aka Murataboy) who could ride the bicycle. I almost didn’t get to see her. Such was the popularity of Seikochan that I had to wait until the last performance just before closing time before I could get past the throng of robot fans in front of the stage at Murata’s booth waiting to get a glimpse of her. 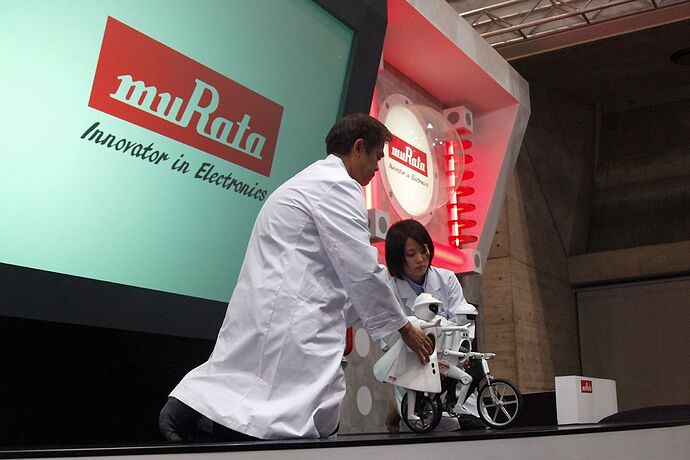 Seikochan is 50 centimeters tall and weighs 5 kilograms. With a knapsack-like protrusion on her back, she looks like a little kindergarten girl, on which she is modeled after. All white, she reminds me of Eve, one of the main characters in Pixar’s Wall-E movie, but the land-bound Seikochan looks prettier.

Her homepage contains a lot of trivia: She is a younger cousin (of kindergarten age) of Seisakukun (aka Murataboy) on his father’s side. She was born in Shiga Prefecture in central Japan on September 23 (2008) and is therefore a Virgo. She is both lively and shy and likes to practice with her unicycle in a park. Her dream is to tour the world with Seisakukun. 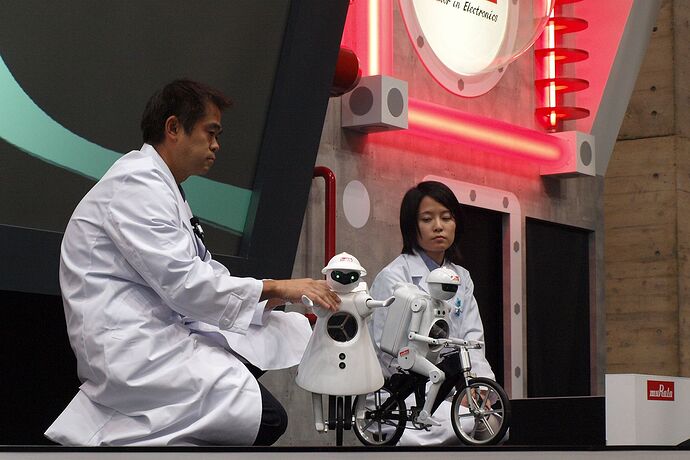 Amazingly, both Seikochan and Seisakukun can balance while virtually standing still. Seikochan does this with the help of gyrosensors that detect her posture and direct the wheel to move her front and back and a flywheel on her chest to move her left and right and maintain her balance. 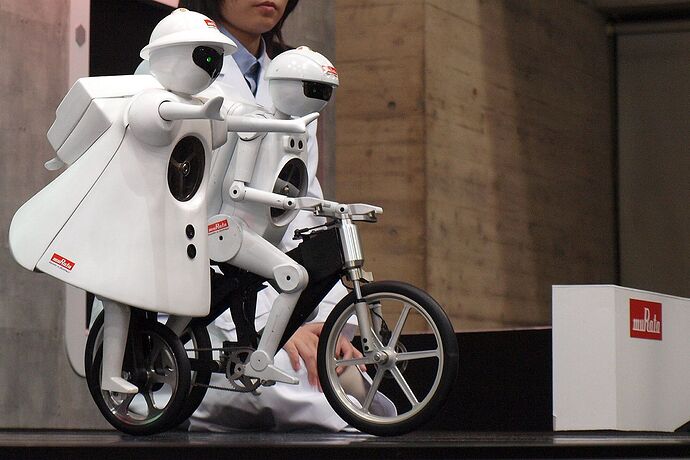 To detect her surroundings and avoid obstacles, Seikochan emits ultrasonic waves and measures the time these waves bounce back to determine her distance. She is Bluetooth-capable, to receive commands and data from portable terminal units or computers and is equipped with a camera for live video. 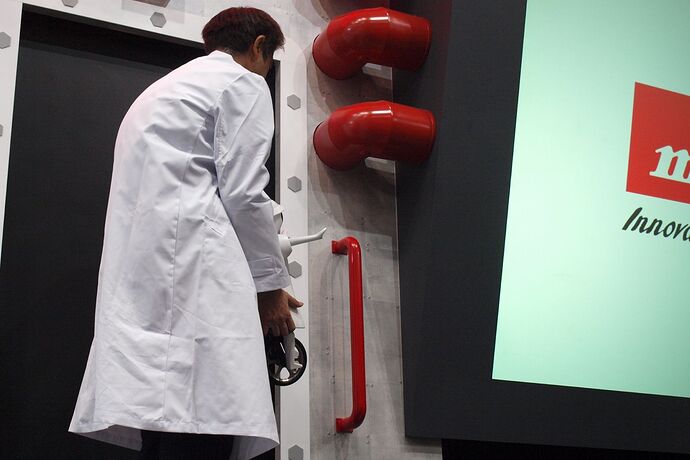