I didn’t expect Sony to have a space for their digital cameras in CEATEC so I was quite surprised to see a sizable booth for their Cybershots and Alpha cameras, with two new lenses. 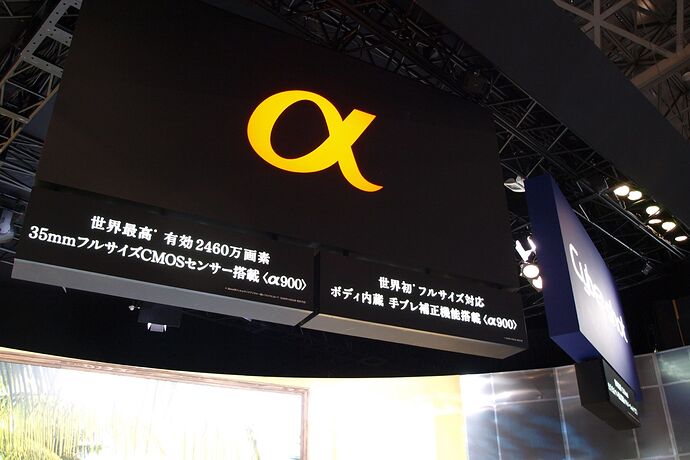 Its features, according to Sony are: 1) Two ED glasses and corrected distortion, producing high-contrast and sharp images; 2) Round diaphragm for pleasing bokeh; 3) SSM (Supersonic Motor), internal focusing, fast AF response. 4) 0.27 magnification for macro photography. The lens will be available in January, 2009 for 262,500 yen (tax included), which is about $2,476 according to the current exchange rate.

With these two offerings (especially the Zeiss 16-35) and its latest full-frame dSLR, Sony looks serious in challenging Nikon and Canon’s share of the market. And why not? If Sony is a respected name in video, why not cameras, too?

I asked the guy at the booth if he could mount it on the Alpha 900. Unfortunately, he said the lenses on display are not functional but they will definitely be available on schedule next year.