Pictures of Suzuki’s concept vehicles, the Pixy and SSC, which were first unveiled at the 2007 Tokyo Auto Show.

The Pixy is a single-rider vehicle designed for moving about in communities like parks, residential areas, entertainment centers and other enclosed areas. The Pixy concept emphasizes safety and leisurely ride; it is equipped with a wide rear view camera and with the help of sensors to detect obstacles it can control its direction and regulate its speed. Not that it’s speedy by the way. Again, for safety, it moves only at about the speed of a walking human, or about 6km/hr and is covered with shock-absorbent material to make both the rider and other people safe in case of collisions.

To move between communities, two riders can fit inside the faster SSC (the so-called Suzuki Sharing Coach) while still inside their Pixy cars, where they can control the larger vehicle. 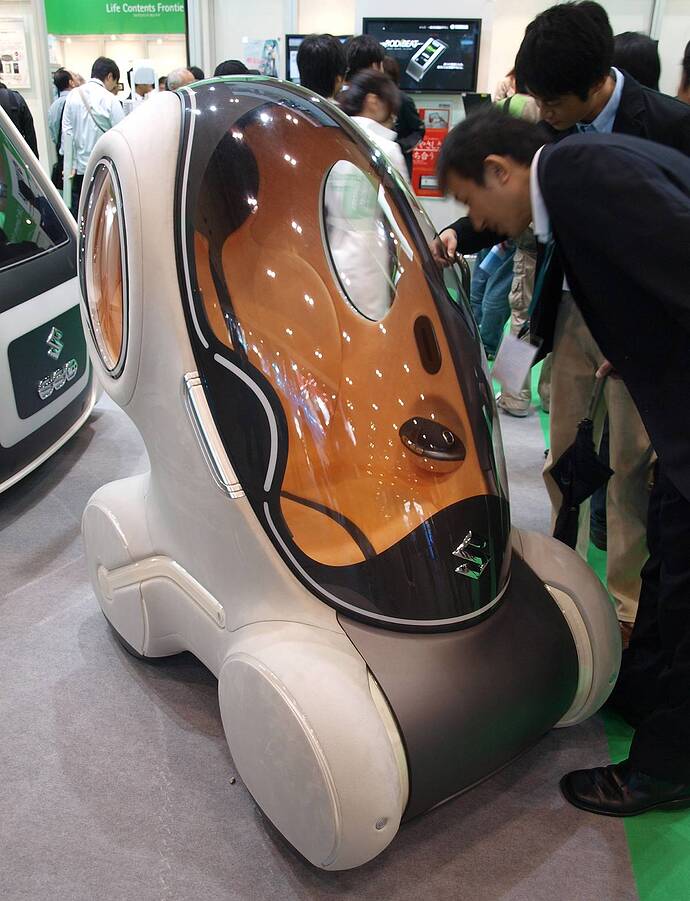