How to make nattō toast

I sometimes need to scavenge inside the ref for a quick bite and for some reason there’s always left-over bread and nattō lying around somewhere.

Here’s how to make a protein-rich, tasty toast using this traditional Japanese food made from fermented soybeans.

1. Toast a slice of raisin bread

Ordinary bread would do too, but raisins in the bread give more flavor especially when combined with nattō. 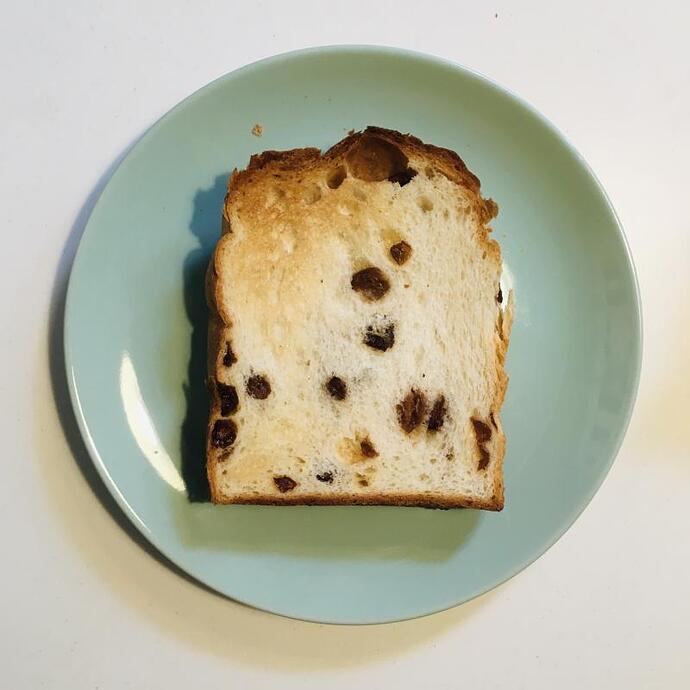 2. Spread a packet of nattō on top

While toasting the bread, mix the nattō until you get a spidery web all over and then spread it on the toasted bread. 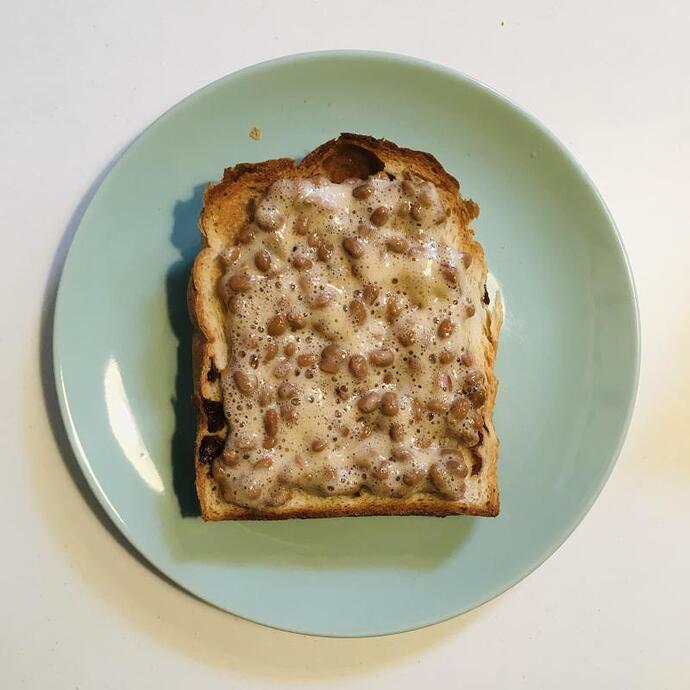 3. Top it off with a sprinkle of chopped onions

Completely optional. Most of the time only the nattō is enough. 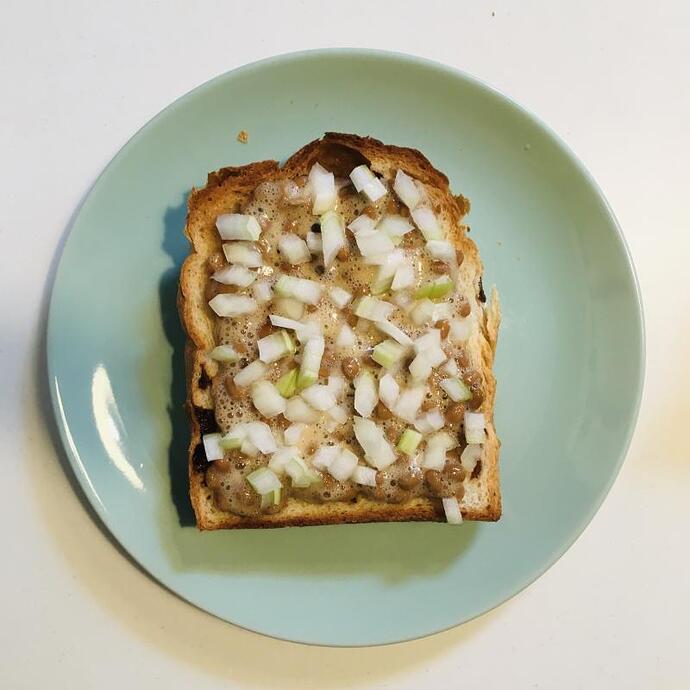 Without the chopped onions, your nattō toast is ready in around 60 seconds. Not bad for a nutritious snack-in-a-hurry.

And the taste? I don’t think it tastes anywhere near it, but the flavor vaguely reminds me of vegemite sandwich.

If you regularly eat nattō, you’ll probably like nattō toast, but then again your mileage may vary.