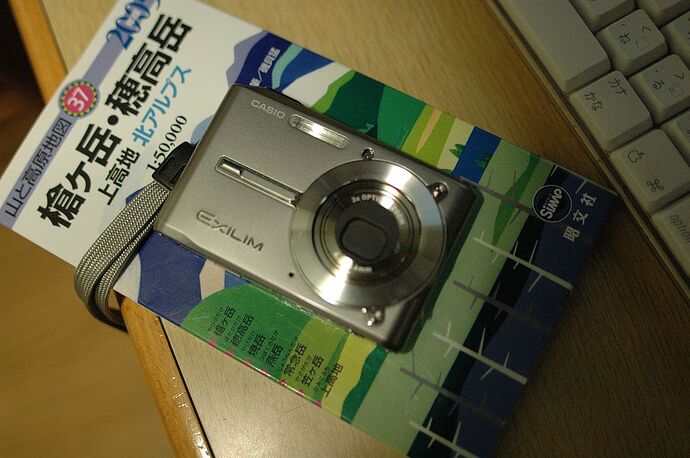 One day several months ago, during my brief stay in Manila, I fell into a conversation with the driver of the taxi I was in (I usually talk to taxi drivers when I’m in the Philippines; taxi drivers, they say, know the general situation of a country.) He noticed the camera around my neck and later on he asked me if I would be interested in getting another one. He handed me a point-and-shoot camera (an almost new Casio Exilim EX S-500) and told me I could have it really cheap, he just wanted to get rid of it.

The camera was dead and wouldn’t turn on. He said he doesn’t have the charger but he assured me that the camera was indeed working before the batteries gave out. The reason for the lack of charger I soon found out was that technically the camera didn’t belong to him, he had found it at the back seat of his taxi. (Here I might add that in fairness to the driver, he probably couldn’t return the camera to its owners even if he wanted to.) I bargained down the price (after all I didn’t know whether it was working or not), handed the driver the amount in addition to the fare, and flew back to Japan the next day with it.

In Japan I bought a second-hand charger (or “cradle” as the Casio website puts it), charged the camera and found pictures inside (probably the original owner’s). Unfortunately, the pictures were deleted when I accidentally reformatted the camera. And although I originally intended to partner this pocket-sized 5-megapixel camera with my bulky Nikon D70, I didn’t feel like taking pictures with a camera that belongs to someone else.

So if you lost a Casio Exilim EX-S500 digital camera in Manila last year, the one I have here (which is well taken cared of) is probably yours. You can have it back if you can give me the following details: 1. Approximate date when it was lost; 2. Place where you boarded the taxi and where you got off (probably the most important info to prove your claim); and 3. Kind of pictures that were inside the camera when you lost it (pictures of what). If the details match, I will send you the camera (with the cradle if needed) from Japan, free of charge.