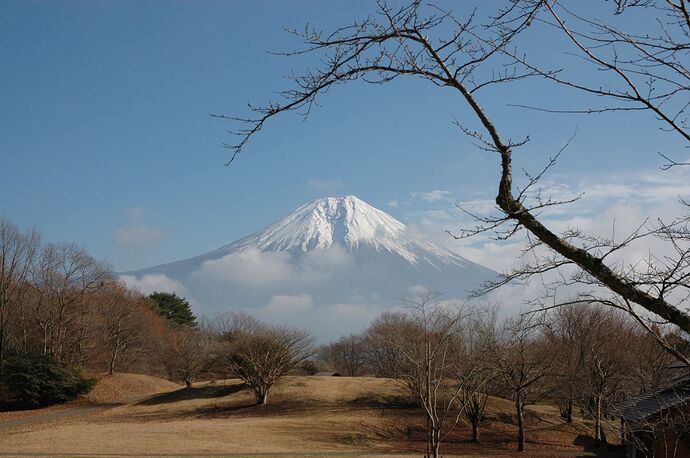 A few weeks ago, I went to Fujinomiya City (in Shizuoka Prefecture just south of Tokyo) with a couple of friends and drove around Mount Fuji to a lake and a waterfall. I have never seen the snow-capped Mount Fuji as close as I have during the trip. I’ve stood on the peak of Mount Fuji before but that was in summer when there’s no snow. I remember when I told an old Japanese friend about the climb he said, “Fujisan is for looking at from a distance, not for climbing.” A non-climber, he probably could be excused for preferring the lowlands but the sight of Fujisan in winter is rewarding enough for many.

It looks peaceful and benevolent from a distance but this is a very dangerous mountain for people who actually have the audacity to climb it in winter. Mount Fuji is officially “closed for climbing” in winter but the truly fanatic mountaineers would hike from its foot (the summer climb starts halfway up the mountain where the bus will take tourists) just to have a go at it. There are many stories of people who have been frozen to death or blown off from its slopes during storms in winter. If you want to experience the harsh conditions of an 8,000-meter Himalayan peak without the astronomical cost of actually going to Nepal, climbing Mount Fuji in winter is for you. As for the rest of us, we’ll probably just admire the view from a distance.