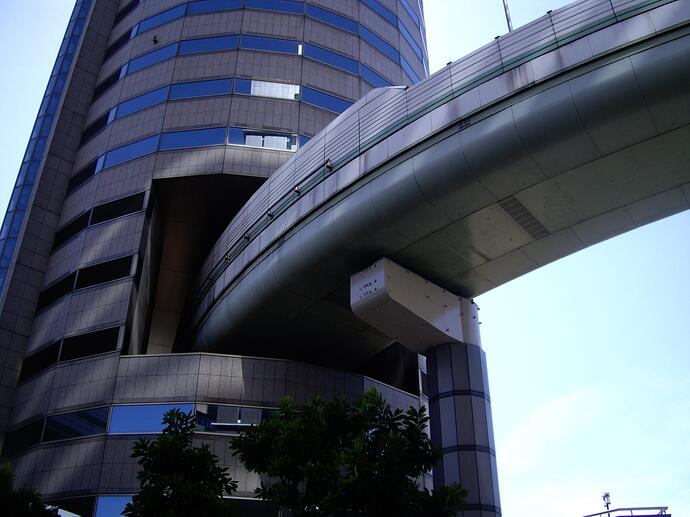 One of the most curious buildings in Japan is the Gate Tower Building in Umeda, Osaka, which is also dubbed “The Beehive.” If you see the building’s floor information board on the ground floor, you’ll notice that the 5th, 6th and 7th floors are occupied by the Hanshin Expressway. And if you didn’t look up and see the Hanshin Expressway actually passing through the building, you’d probably think that the floors are only occupied by the highway company’s offices. 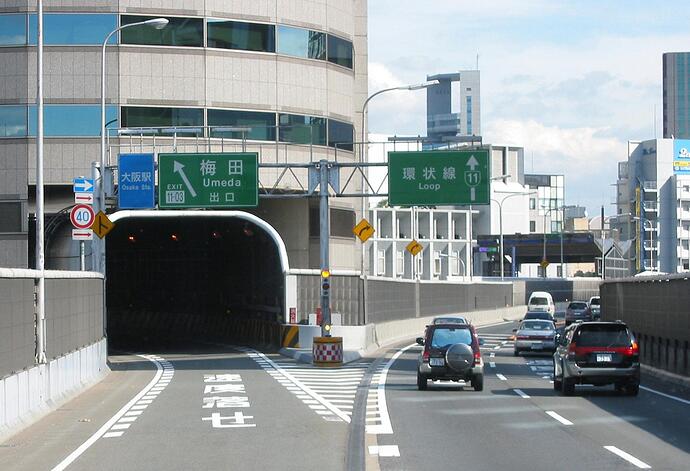 The building is, of course, famous not only in the Osaka area, but throughout Japan–an unusual compromise between the land owner and highway company. The land has been occupied by a wood and charcoal processing company since the Meiji era. In 1983 the company decided to erect a new structure to replace its aging offices but the city planners had already designated the space above the land as expressway area. Five years of negotiation produced this Solomonic compromise. A unique and elegant solution. 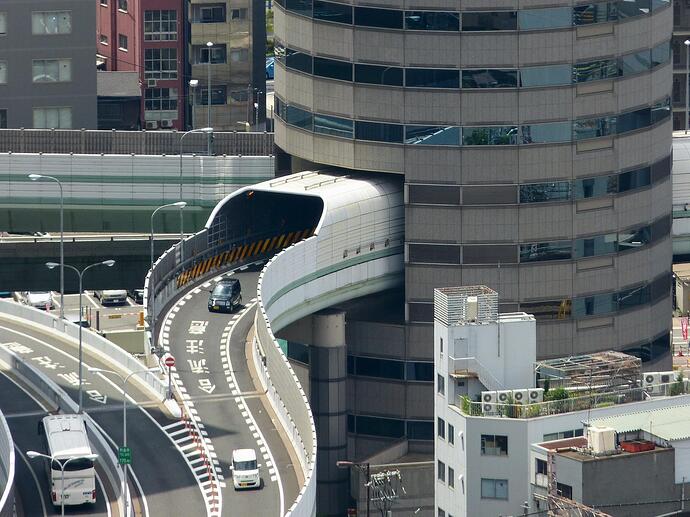 osaka-gate-tower-building-view-from-other-side1600×1200 259 KB
View from the other side (photo by Nicholas R.)

The expressway and the building do not touch each other and each structure can be demolished without affecting the other. (How they would actually demolish the building when the time comes without wrecking that part of the highway I can’t imagine.) Apparently, the covered highway also doesn’t cause noise or vibration inside the building.