I just came back from Robo Japan, which is held in Minato Mirai, near Yokohama. The first batch of pictures from the exhibit is the i-SOBOT, winner of Japan’s Good Design award and billed by the company as Guiness-certified “world’s smallest humanoid robot in production”. (The Japanese brochure actually says, translated, “the world’s smallest bipedal humanoid mass-produced robot.”) It is indeed small, just 16.5cm in height, or about 1/10th of a typical Japanese.

I has a built-in repertoire of 180 words, 200 movements and 90 sounds and automatically maintains its balance with the help of 17 tiny servo motors and gyro-sensors. It can programmed.

Takara Tomy’s booth has a row of these i-SOBOTS colored and labeled with the names of many countries: 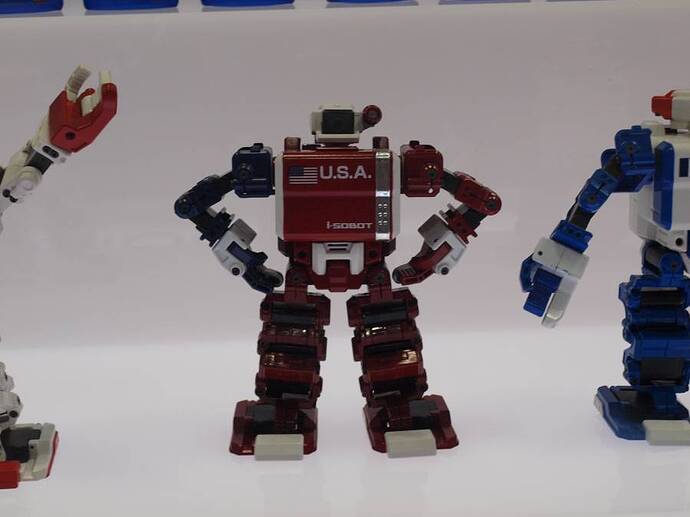 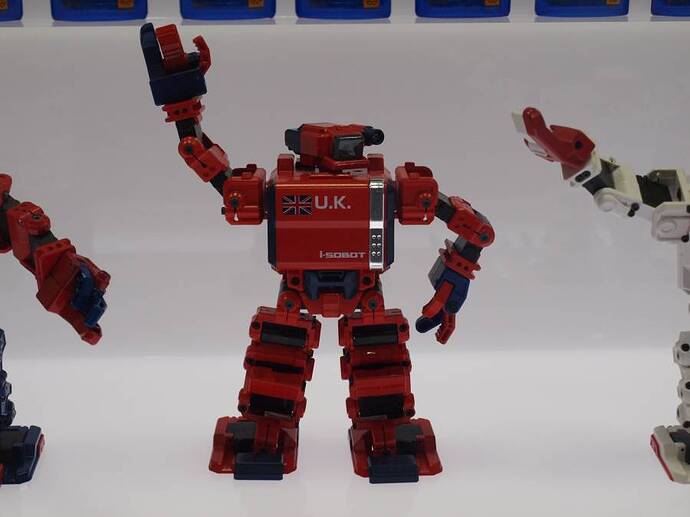 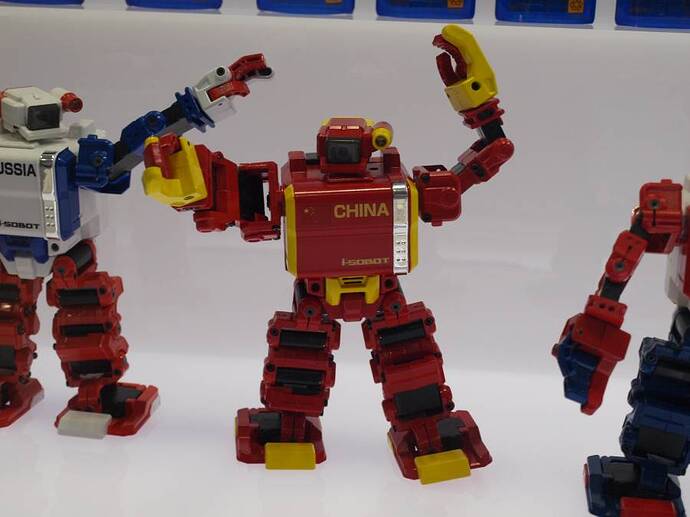 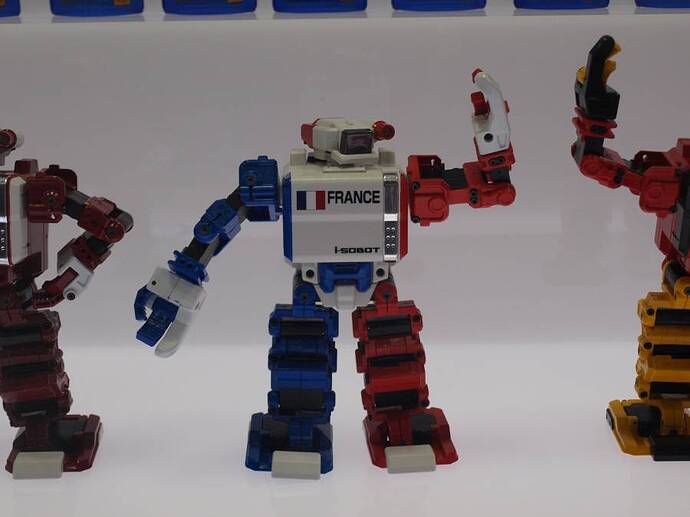 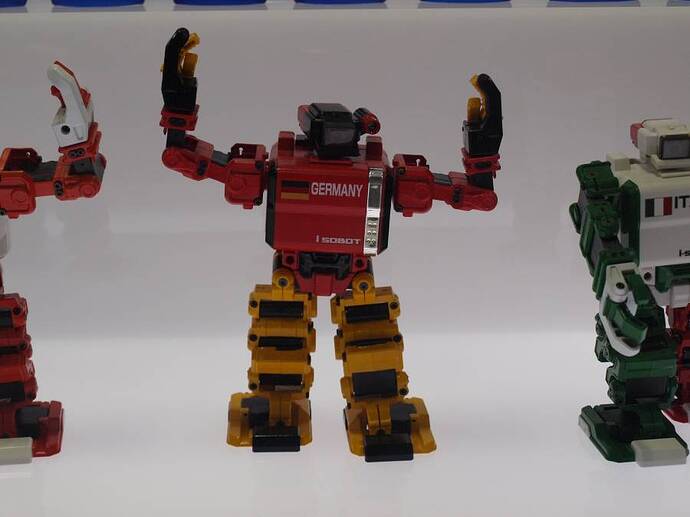 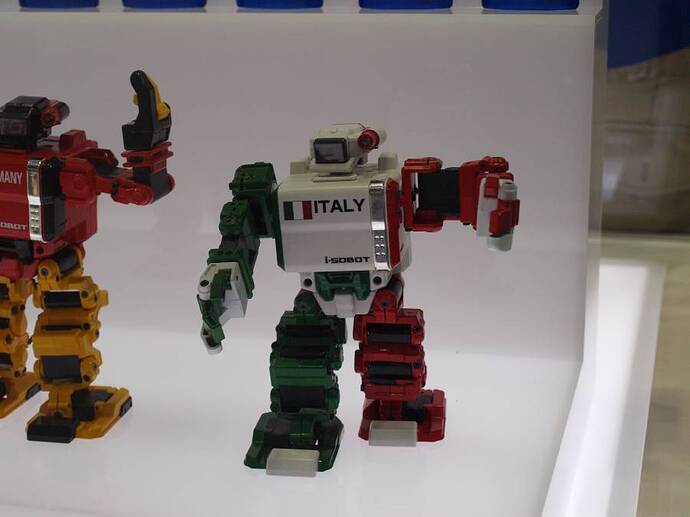 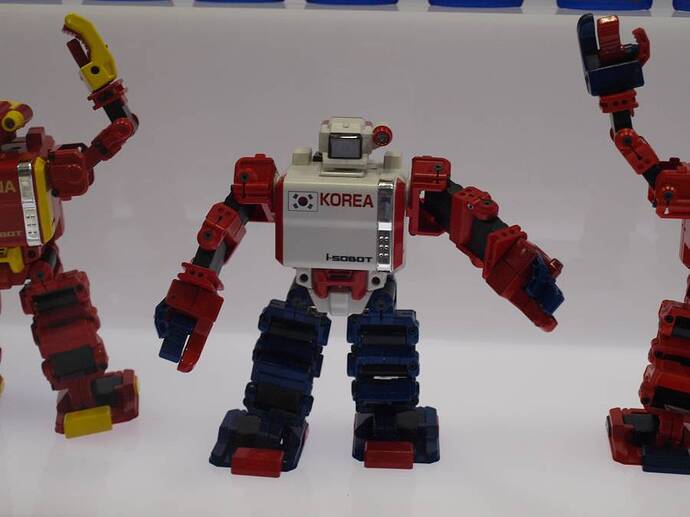