The other day I was watching a Japanese bangumi where they feature famous athletes attempting to perform tasks given to them according to their specialties. One of the guests was Shunsuke Nakamura (中村俊輔), the Celtic midfielder.

He was tasked to shoot 10 soccer balls over a wall into two rings (one on each upper corner of the goal) barely the size of a basketball ring. (The other guest was a famous sprinter who ran the 50-meter dash against an Enzo Ferrari driven by a professional race car driver. Guess who won? Hint: it’s red and worth $1,000,000.)

But Shunsuke Nakamura was impressive, bending no less than 4 soccer balls over the wall and into the rings. 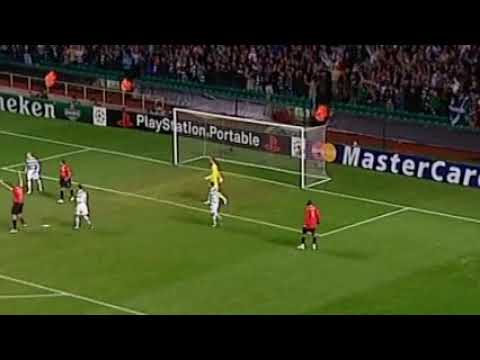 He is also sometimes called the “Beckham of Asia” and although he doesn’t have Beckham’s looks, he can probably bend it better than the former galactico. The J-League coach Steve Perryman once said Nakamura was so good he “could open a tin of beans with his left foot”. Click here for a collection of Nakamura’s free kicks at YouTube.