Why are there so many Filipinos in Japan? 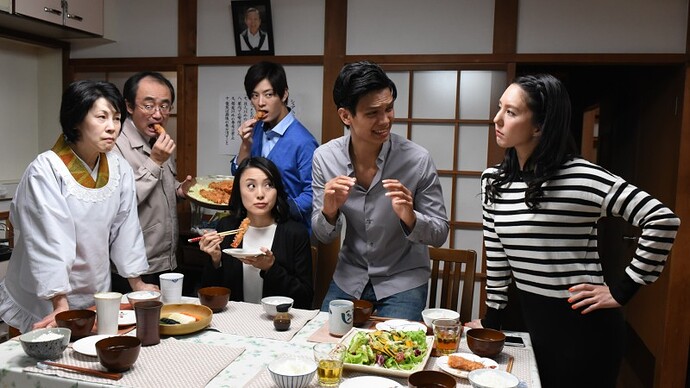 halo-halo-house800×450 96.7 KB
Still from a “Halo Halo House ~ Jose’s Nippon Diary” a TV drama produced by Nippon Television Network Corporation and aired in PTV4, a TV station in the Philippines.

Recently I came upon this question-and-answer at Yahoo Japan Chiebukuro:

Q: Why are there so many Filipinos in Japan?

According to the website of the Ministry of Foreign Affairs, there are about 200,000 Filipinos in Japan. Compared to about 40,000 Thais, about 25,000 Indonesians, and about 36,000 Vietnamese, I think there are a lot more Filipinos, but is there any reason for that?

Is there any special exchange between Japan and the Philippines?

A: During the Marcos administration, the Philippines encouraged workers to seek employment overseas and it was common for Filipinos to have relatives who have had experience of working abroad.

In the case of the Philippines, the percentage of people who can speak English is the highest in Asia, and the fact that language was not a hindrance when seeking work overseas was also the reason why Filipinos went abroad to work.

Among the migrant workers at that time, most of the men worked in construction sites in the Middle East and the women worked as housekeepers in Hong Kong and Singapore. Since many housekeepers were required to be married, the overwhelming choice for young Filipino women was to go to work in Japan.

In Japan, we welcomed Filipino women due to labor shortages in the hospitality industry.

Filipino women who can sing and dance were recruited as tarento with entertainment visa and employed as entertainers while waiting on customers. Filipino women, who love singing and dancing, responded well and the number of people who wanted to work in Japan increased.

The Philippine government also responded and issued entertainer certificates, and those with certificates were almost unconditionally issued a Japanese entertainer visa. Now unmarried women, about 50,000 to 60,000 each year, have been coming to Japan for more than 20 years.

Besides being able to speak English, Filipinos learn Japanese quickly, so they were in great demand.

Also, because many worked in the restaurant and entertainment business, they had frequent contact with Japanese people. And because many Japanese women at that time had a very choosy attitude regarding marriage, preferring highly-educated men with well-paying jobs, many Japanese men took interest with Filipino women and marriage between Japanese and Filipinos became very common. Every year, nearly 10,000 couples of Japanese men and Filipino women tie the knot.

That is why there are so many Filipinos in Japan.

That is also the reason why about 80% of Filipinos living in Japan are women.

This was in 2009. Whether the figures above are accurate or not, they have certainly changed drastically in the twelve years that have passed since then.

There are now almost 300,000 documented Filipinos in Japan, the fourth largest group of foreigners behind China, Korea and Vietnam, and a large portion of them are permanent and long-term residents and technical trainees.

And Filipinos with entertainer visas have almost completely disappeared.